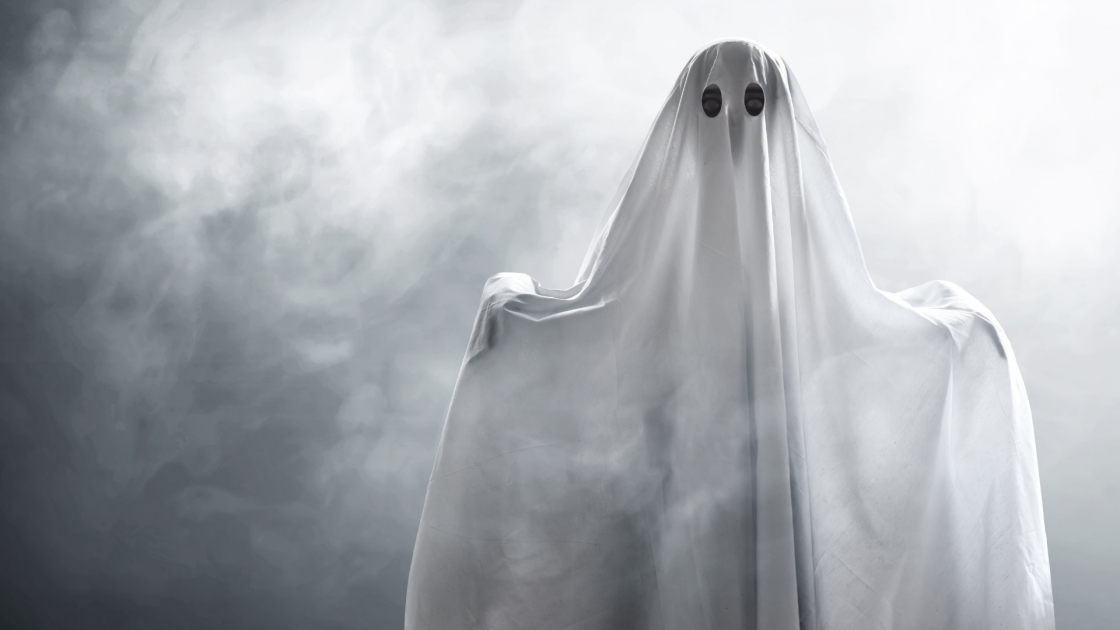 4 Reasons Why Your Prospect Went Ghost

This article was originally published on October 15, 2020 at strategicsportsgroup.com.

Stop me if you’ve heard this before:

The best answer in sales is “yes.” The second-best answer is “no.” And “maybe” is the worst.

That may be true – but as someone who is basically the Michael Jordan of getting left on read in real life, I can tell you that “not even being able to get a maybe” is definitely the worst. Seriously, if they made a documentary about me, it would be called “The Last Response.” It’s kind of my thing.

“Maybe” is pretty bad, but at least you can respond to it, find out what the objections are, and go to work.

But not even being able to get a “maybe”? Yikes.

Unfortunately, getting ghosted is something sales reps have to deal with every day. We usually can’t even figure out what went wrong, let alone how to fix it.

After all, how can you fix something when the person won’t even answer you?

I don’t have a silver bullet (believe me, I wish I did), but here are a few things that can make your prospect disappear – and some ideas on how to find them again.

I wrote a post dedicated specifically to creating urgency here, but the gist is this: lack of urgency tends to be the most common reason a prospect goes dark. It also happens to be one of the hardest things to fix.

The problem with urgency is that it’s very difficult to create out of thin air when you follow up.

“Hey Bill – those seats you wanted are going fast!”

C’mon. Do better. The reality is, if those seats were going fast, you would have said something about it earlier. But you didn’t – because they’re not. You’re just trying to get the prospect to respond – and they know it.

As I mentioned in my previous post, urgency has to be created early on if you want it to feel real. If you are able to naturally slide in comments about limited inventory, high demand, or exploding deadlines early on, it makes the whole sales process easier. It also gives you something to reference in your follow-up, and it doesn’t feel so fake.

As you get better at it, that urgency will build itself organically throughout the entire process. You’ll start to see your follow-up calls to action really impact your prospect – leading to a quicker sales cycle.

"You work too hard to be lazy during your follow-up. Think for 30 seconds before you send an email. What's the reason? What's the call to action?"

On the flipside, failing to build urgency before and during your pitch puts yourself in a huge hole afterwards.

And here we are. So, what do we do about it?

In reality, it’s a tough fix. And you have to do better than just sending Billie Mays’ style “BUT WAIT, THERE’S MORE” emails.

Think hard about that particular prospect. What was it about your product that they were most interested in? Maybe it was the seat location:

“Hey Pete – when we last spoke, you mentioned aisle seats were super important to you because of your knee issue. Unfortunately, we’re down to our last aisle seat in the entire section, so I wanted to be sure we got the perfect spot for you.”

Or maybe it was the club amenities:

“Hey Samantha – when we met a few weeks back you really seemed to like the experience inside our Delta Club. I just wanted to let you know that we are down to our last handful of seats in there, and wanted to be sure you didn’t miss out.

Whatever it was, that’s what you have to reference when you reach out again. If you can call back on the specific points they made, then you give yourself a good chance of not getting deleted when you hit the inbox.

You’re almost using their own words against them. This is what really separates the good sales reps from the average ones.

Were you paying attention during your conversations with them? If you were, you can really start hitting those emotional notes. Always remember people are inherently urgent when it comes to things they care about. If you can shift the conversation back to that, before you know it, you’ve got some urgency again.

"At the end of the day, it's our job as salespeople to make ourselves and our product a priority"

2. Your Follow-up Game Is Weak

This is an easy one to fix.

For some reason, follow-up is hardly talked about in the sales world. It’s seen as some generic step in the sales process where you basically fire off random emails, hoping you get a response.

In reality it’s one of the most important pieces of a sales process, and if you fail to do a good job, you’ll kill all the hard work you’ve done so far.

Managers – this is where I’m talking directly to you. If your rep cannot think of a specific reason why he or she is calling or emailing a prospect, do not let them do it. Period. Unless they can explain exactly why they are following up with them today, on a Tuesday, at 4:30pm, then they shouldn’t be doing it.

Reps – I need you to be honest with yourselves here. Why are you emailing this CEO? Why today? Why now? If it’s just because the task popped up on CRM, don’t freaking do it. End of story.

That’s the reality we face as sales reps. We grind for weeks to find the perfect prospect, hurdle the gatekeeper, and set up a face-to-face. We get all suited up, put on our best cufflinks, drive 45 minutes to their office, and crush the meeting.

Then we send out a bunch of crappy emails and ruin everything.

Why do we do that to ourselves?

It might sound crazy, but I truly believe this: you can call the same prospect four times in one day if you can think of a good reason every time. Maybe they told you today was the day they’d have an answer. Call them up. Maybe the seats they were looking at just sold. Call them again. Maybe the section they were eyeing is down to 8 seats left. Smile and dial, baby.

If your reason is “Just checking in…” then you’re doing it wrong.

You work too hard to be lazy during your follow-up. Think for 30 seconds before you send an email. What’s the reason? What’s the call to action?

It doesn’t have to be anything fancy. Even “Big win for the Cubs last night!” is better than nothing. If you’re really good, then you also have in your notes that they went yachting in the Keys this weekend and are checking in to see how their trip went.

Those are the things that make you worth a response. Especially in the B2B world – you have to earn responses.

This might surprise a lot of sales reps out there – but prospects have lives outside of your CRM.

This is especially true when you’re chasing business folks who are busy running companies. They have priorities and responding to a salesperson from the local sports team usually isn’t one of them.

That’s not an excuse – at the end of the day, it’s our job as salespeople to make ourselves and our product a priority (see bullet #1). But, sometimes it’s truly out of our control. I mean, how many of us forget to respond to texts from our own friends sometimes? It’s not personal – life just gets in the way.

My advice would be to keep that in mind when you reach out. Don’t get frustrated. Don’t take it personal.

I mentioned previously that you could theoretically call someone four times a day if you had a reason to. This is where you have to be tactical though – there’s a difference between calling someone multiple times because you genuinely think those seats are the perfect fit, and doing it because you’re obnoxious.

Always make sure that when you follow-up, you’re being respectful. Even a simple phrase like “I know you’re busy…” or “Understanding that your schedule is probably crazy…” can make a big difference.

Let your prospect know you appreciate their time. They will recognize that respect and professionalism, and it can go a long way in building a legitimate relationship. It’s a super fine line that can be really tough to tightrope.

But then again, if selling was easy, everyone could do it.

Ultimately, the better you do with that juggling game, the more likely you are to see responses, which will result in more sales.

"My first boss used to call it "taking someone to the ugly pond" and that always stuck with me. Just lay it all out on the table and give them a clear opportunity to say no"

4. They’re Just Not That Into You

Tried all those things and you still can’t get an answer? I hate to say it folks – but they might not be a buyer.

If they were, they’d be responding. But instead they’re just binge-watching Tiger King while they delete your emails.

So how do we figure out if that’s actually the case? Sometimes you just have to put them in the hot seat for a change.

My first boss used to call it “taking someone to the ugly pond,” and that always stuck with me. Just lay it all out on the table, and give them a clear opportunity to say no.

Certainly not trying to be a bother, but I’m running out of ideas. When we met at your office, we talked at length about how you could use ABCD seats for your clients – and it seemed like a great fit. Since then, I have not heard from you. I understand you’re very busy, but I was wondering if there was something I did wrong? Apologies if I misunderstood the conversation. As much as I hate to, I’m going to assume you’re not interested anymore. Thanks again for your time.

With this, you’re basically taking off your sales mask and humanizing yourself and your process.

At the end of the day, it’s a lot easier for them to disrespect a salesperson than a normal human being. It’s a frustrating fact of our industry, but it’s true.

If you’ve reached out 10+ times, tried to build urgency, been respectful of their time, tactical in your follow-up and still haven’t heard anything, something like this can go a long way. After all, you’re just doing your job – the least they can do is answer.

Usually, the human element will elicit at least some type of response. Occasionally they will apologize for being busy and re-engage, but in most cases, it’ll be a “no.” But hey – at least it’s not a “maybe!”

And if they don’t answer at all?

Congrats. You have been released from sales purgatory. Time to move on.

Ian Tasso is the Sr. Manager of Premium Sales at NFL on location and he's also an Executive Consultant at the Strategic Sports Group. He's a regular contributor to SSG as well as theClubhouse. He's been in the sports business for 10+ years and has had stints with the Las Vegas Wranglers, Florida Everblades, Van Wagner, the Atlanta Braves, and the NFL. You can learn more about Ian and connect with him on LinkedIn here.