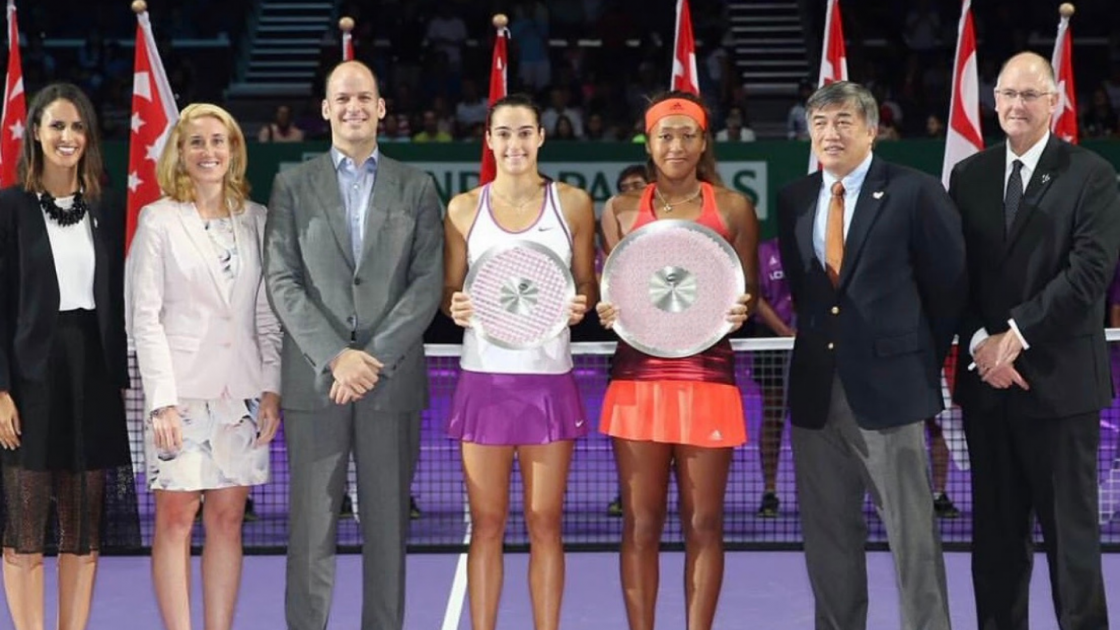 4 tips on transitioning from athlete to sports business executive

It is no surprise that the majority of C-Suite executives are former athletes who competed at a high level. Competitive sports provide the opportunity to develop and reinforce characteristics and qualities that are foundational to any successful leader in the business world: competitiveness, self-discipline, teamwork, and hard-working just to name a few.

However, moving from the court to the board room is not always the easiest transition, no matter how much potential you have. When I retired from professional tennis at a fairly young age following a successful collegiate career, I immediately wanted to make the jump into the business side and begin building my career with the same type of determination I had as an athlete. While I am confident that I have learned how to meld traits from my professional sport days with key strategies for success in business, it has taken years of practice with some bumps along the way.

Here are some tips for anyone looking to transition and trade in their jersey in for a suit.

Understanding the business you are now contributing to is critical to your long-term success at an organization. Listen, take notes, follow up when you don’t understand something, and raise your hand to get involved in as many projects as possible when you are starting out. Ask business unit leaders to lunch and ask them what their priorities are and where they see the opportunities and challenges for the business in the short and long term. The ultimate key to success is being able to help the organization achieve key strategic, financial, and operational outcomes. Proving your growth mindset from the start will not only show that you are engaged in your role, but also that you have the capacity to someday elevate beyond it.

When I left college, I was the top ranked collegiate tennis player and my first job out of retirement was as a receptionist answering calls from players who I had just shared the court with months earlier. 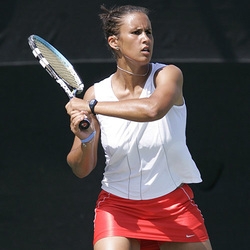 Megan competing in a tennis match

When you are an athlete, the reward system is fairly black and white: if you work hard and compete well, you win. When you win, you are rewarded with a higher ranking, which ultimately leads to you competing at the highest level of your sport and receiving accolades along the way. The corporate reward system doesn’t exactly work like that; you can work hard, show up on time, do all that is expected of you, and it may not automatically result in a promotion, raise, or in you moving to the executive suite as quickly as you might like or expect. Save yourself the frustration early and recognize that while the reward system may be different, the strengths you have as an athlete combined with an understanding of the business will eventually lead to upward growth. This patience and need to trust the pace will certainly test your ego. If you had a successful athletic career and are near the top of your game, when you then move to the corporate world you are most likely starting lower on the ladder, which can be hard to accept.

I can say with complete certainty that the skills I spent years developing and honing on the court and in the gym have accelerated my career in ways that would not have been possible without sports.

When I left college, I was the top ranked collegiate tennis player and my first job out of retirement was as a receptionist answering calls from players who I had just shared the court with months earlier. It took some internal reflection to recognize that this was just the first step in the process and that I had the motivation and work ethic to take this opportunity to get my foot in the door and then kick it open.

Tip 3: Leverage your strengths for success.

The characteristics that made me successful on the court were the same ones that I have leveraged over the past 15 years to continue to find success in my corporate roles. These traits are certainly not unique to me, and I imagine anyone with success at any level of sport has developed these same ones: hard work, ability to bounce back from disappointment, goal oriented, sustained performance, and the ability to successfully manage stress.

You will find that once you rise to a certain level in your career that everyone possesses a similar grasp on the business fundamentals, they all have acquired influence and respect, and most have led a team of people. Your ability to tap into your inner athlete could be the catalyst that sets you apart. Over the past several years as I have made the jump from individual contributor to executive level, I believe it has been the intangibles that I spent years developing on the tennis court that have allowed me to achieve that growth. 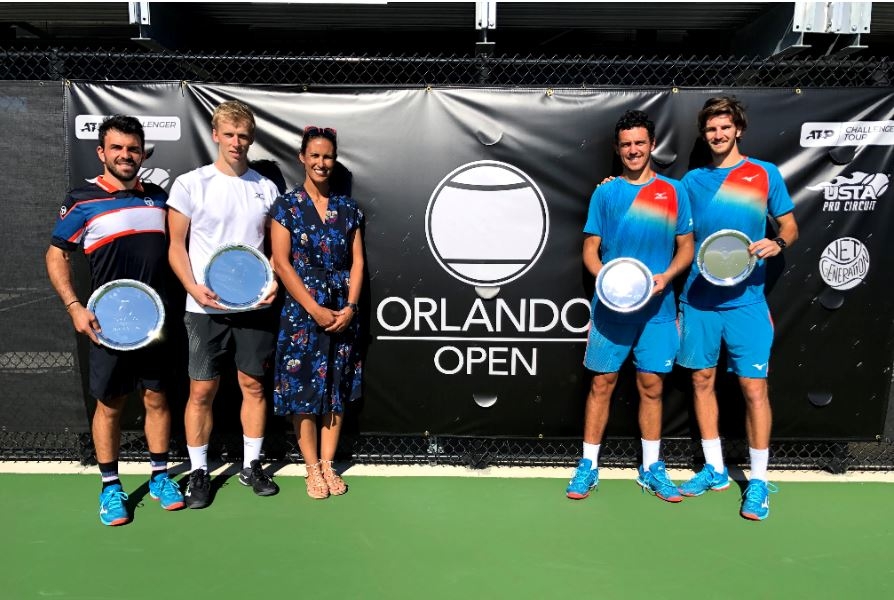 Megan at the Orlando Open

Tip 4: Seek out mentors and sponsors.

While bringing your best self to the office and leveraging your strengths is critical to sending your career in the right direction, ultimately your ability to move through the ranks will be in the hands of others. So how can you ensure that your work will be recognized by your organization? The key is developing trust and nurturing relationships with both sponsors and mentors. A sponsor is a person in the organization who has influence and can speak positively about you when you are not in the room. If a project opportunity or a position becomes available, your sponsor is the one nudging their peers to consider you for the opportunity.

A mentor is a person who may or may not be in your industry and who can offer advice, support, and guidance on a myriad of topics. Seeking out a mentor you respect who has experienced the shift from athlete to executive can serve as a helpful compass when you are making decisions about your career growth and development. Just as we relied on the support and help from athletic trainers, equipment managers, coaches, and teammates to achieve athletic success, that structure should not change just because you are now in the corporate world, those roles just have different titles.

It would be a misrepresentation to say that my transition from professional athlete to sports executive has been easy and without bumps along the way. However, I can say with complete certainty that the skills I spent years developing and honing on the court and in the gym have accelerated my career in ways that would not have been possible without sports.

Megan Rose is the Senior Director of the USTA Competitive Pathway. In this role, Megan is responsible for all operational facets as well as for setting the strategic direction of the USTA’s Competitive Pathway department, which is the pathway from juniors to professional tennis for American players and includes 130+ professional tennis tournaments that comprise the USTA Pro Circuit. In addition, Megan serves as the Team Leader for Team USA in both the Olympic and Pan American tennis events. As the Team Leader, she works directly with the United States Olympic and Paralympic Committee on all logistical and operational matters related to these events.

We’re lucky to have Megan as a mentor in theClubhouse! If you’d like to schedule a call with her, you can do so here.