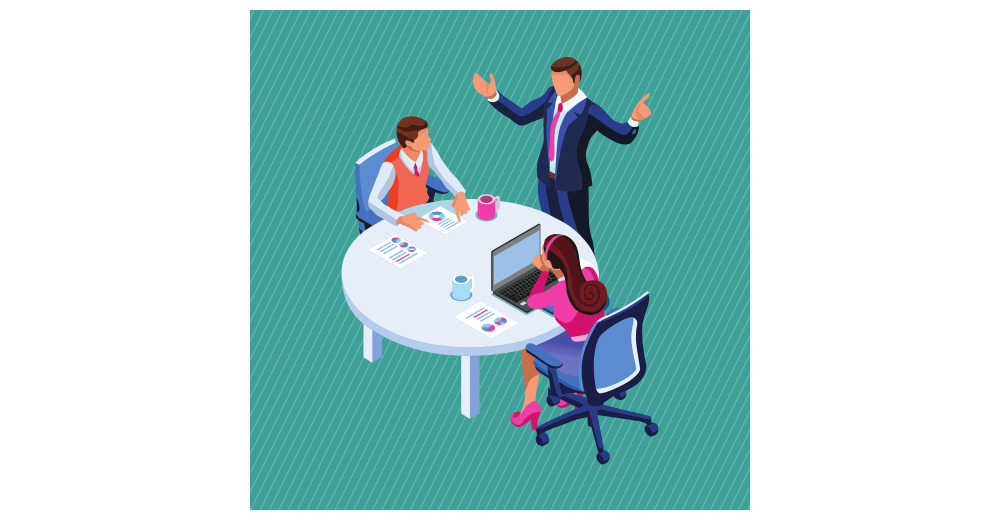 by Eric Kussin - 15 year sports industry executive and Founder and CEO of We’re All A Little “Crazy”
January 15, 2019

No matter where you are in the sports business food chain - at your team, league, agency, brand - there are always others “above and around you” who are making decisions, daily, that affect your ability to produce. Think about it - there are literally dozens of decisions made every day that get “handed” to you, from pricing to promotions, renewal deadlines to rep compensation models.

One thing I noticed throughout my career in sports, is that the number of decisions handed TO you certainly changes based on where you are on the org chart. Typically, entry level - there are more decisions that trickle down to you, many you may not agree with, but few that are earth-shattering or dramatically force you to change your daily approach. As you rise, you’re involved in less of the minutia, but the larger decisions absolutely force you to rethink your approach to your own specific goals and responsibilities.

Like it or not, everyone has a boss or set of bosses - unless you’re the owner, and even then, you’re dealing with a board of other owners who must collaborate and compromise. What this means is - there are always going to be many cooks in the kitchen, no matter what level you're at, and though you might be a great chef and have the perfect recipe, the final feast you serve is not going to be totally your own.

You’re all in these positions because you were high performers wherever you were before. Sports business is too competitive for you to have landed this position without having been a competent decision maker elsewhere along your rise. In college, maybe you were captain of your team, or lead chair in your band or orchestra. Maybe you ran a large-scale community initiative. Whatever the background and accolades you bring to the table, the bottom line is - your sports office is now FILLED with many people just like you - who have many opinions, have confidence in those opinions, and want to chime in where they can.

So, the question becomes, how do you handle all the opinions and strategies that are handed to you, some of which you may not agree with, without going “crazy.” Here are 5 recommendations to help you not just handle this high pressured industry in the face of all of these decisions, but to actually thrive:

1) Practice a growth mindset - You may have heard this term before in relation to how you can re-position your view of your own “failures.” Instead of looking at them as failures, look at them as feedback mechanisms for how to improve. The Olympic figure skater who falls many times in practice views each fall as a way to learn what not to do the next time, so that he/she can stick the perfect technique and landing when the spotlight is on and it truly counts. If you don’t agree with a decision, instead of moaning and groaning about it, work as hard as you can regardless to try to achieve success given the altered game plan, and then see how it plays out for you and your colleagues. You may be faced with a similar decision down to road, and now you’ll have learned what actions to avoid, and also how to best handle yourself in an environment when it might not be as favorable as you’d like.

2) Be open to the idea that you may be wrong - Once again, we’re all proud individuals with strong opinions on how we would handle particular situations. I remember being with a team when our CMO decided, in order to up our renewal percentage, we needed to spend money remaking the name tags for our in-game ushers, and add their hometowns under their names. I thought to myself - of all things to focus on, and of all the strategies to possibly employ with our office staff and limited dollars, we’re discussing usher name tags? But our CMO’s decision worked like magic. The home towns opened up dialogue between our fans and those ushers - things like where they both had family in common, where they each grew up relative to one another. Relationships formed with our employees on the front lines and even in a year our team didn’t perform well in the win column, we had one of the best renewal percentages in team history because of how close our fans felt to these staffers. It’s ok to form your own opinion as a decision is made, but don’t automatically condemn it until you see how it plays out.

3) Carefully pick and choose your spots - The best leaders don’t want “Yes” men/women. They aren’t afraid to have their decisions questioned or debated. That said, they don’t want every decision critiqued - especially not by the same member of their team each time. Early on in your tenure is not the best time to frequently speak up. You want to build up some goodwill based on your performance, first. Once you have banked some credibility and positive momentum, it’s a matter of choosing which decisions you are most passionate about - and choosing to find time with the decision maker, alone, to have a discussion. Bringing up your critiques or alternate solutions in a group setting, which may undermine your boss or colleague, publicly, is something you want to avoid at all costs.

4) Provide alternative solutions or ideas - Differences of opinion as mentioned above are commonplace in a setting where many high achievers work in close proximity. But no one wants to be around the person who is constantly calling out why something won’t work, without providing an alternate solution that could help the team think of new ways solve problems or build programs. We’ve all been on teams where that energy vampire complains internally amongst a team of employees almost every time decisions are handed down. If you’re around someone like that - flat out ask them what they would do differently to improve the situation. If you’re the one who believes that a decision or set of decisions are counter-productive, your critique alone is not enough. Brainstorm other ways you can help your managers and your teams solve their problems or reach their goals, so that you are looked at as someone who always adds value instead of takes away energy and enthusiasm.

5) Be open to playing the long game - Sometimes your gut is going to tell you that a particular decision is going to grossly hamper your team’s chances at generating incremental revenue in the short term - the next week, next month, or even the full season. Be conscious of the fact that some of the best leaders are willing to put their own jobs on the line, for what will be best for the team or organization in the long run. I’ve seen many decisions handed down by managers - prohibiting the sale of specific inventory - seats, sponsorships, etc., to certain groups of individuals or companies. While it may have seemed to some like lost opportunities to hit the team’s budget or goal more easily, selling to suspect accounts, or not holding out for more viable and true partners could provide short term gain but also cause much longer term pain. Not every good decision is one made about the here and now.

Good luck to you wherever you are in your sports business career. While there are so many incredible highs in this industry, there are also many hurdles you must avoid, or jump over. Differences of opinion will be part of any organization you work for - don’t think that the grass is so much greener elsewhere or that once you rise up one level higher, you no longer have to deal with decisions running downstream. That said, if you learn to effectively manage all the decisions and all of the opinions generated from your office, you’ll be looked at as more of a team player, more responsibility will come your way, and the less of a toll this taxing part of the sports industry will take on you.

We all face challenges in our corporate lives: #SameHere!

Eric Kussin is a 15-year professional sports executive who turned his own personal challenge into a movement to change the mental health landscape in our world; The #SameHere Movement. He is the Founder and CEO of We’re All A Little “Crazy,” a 501c3 that brings together athletes, celebrities, musicians, actors and many influencers with platforms to attack the mental health epidemic through a collaborative Alliance. The Alliance shares stories of challenges and triumphs through web, social media, and in person at #SameHere Sit-Down programs, partnering with K-12 schools, universities, sports teams, and corporate offices all over the world. Together they show the world that mental health is a topic for all of us. Prior to his current mission, Eric spent time with the NBA league office, Chicago Sky, Phoenix Suns & Mercury, New Jersey Devils, and Florida Panthers. To learn more about We’re All A Little “Crazy,” and The #SameHere Movement visit www.weareallalittlecrazy.org, follow along on social. FB: @weareallalittlecrazy IG: @weareallalittlecrazy T: @allalittlecrazy Podcast: @samehereshow