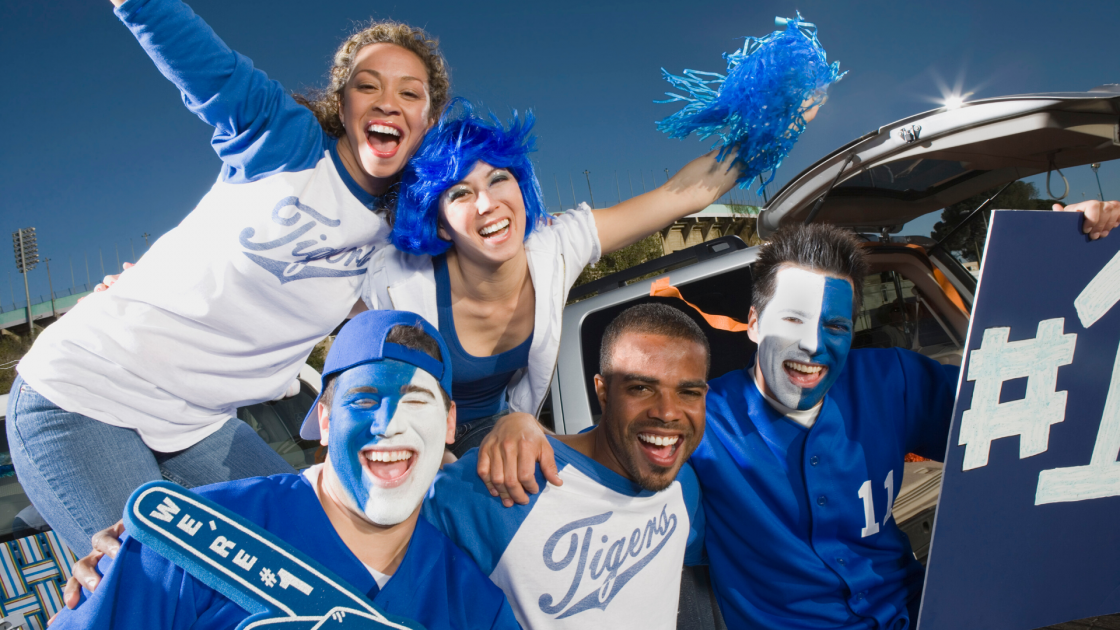 How being a "group leader" helped me better understand "group sales"

How do you maximize the size of the groups you are working with? How do you create repeat customers? How do you fill the building when the team is struggling? These are just some of the questions we as sellers ask ourselves when putting together any type of group night. Having had the opportunity to be both a seller and a manager on the team side, I recently had my first chance to head up a group night on the other side of the coin as the group leader for our Lake Superior State University (LSSU) Night at the Detroit Red Wings as part of their College Night series. The Detroit Red Wings group sales team did a phenomenal job, and through a team effort through the group sales process, they were able to help us almost triple the size of any group event that LSSU has set up in the past. It all started by simply listening.

LSSU is a school of just over 2,000 students located in Michigan’s Upper Peninsula in Sault Ste. Marie, just across the St. Mary’s River from Sault Ste. Marie, Ontario. Despite its size, the area is a hockey mecca, with the Lakers having five national championships (3 NCAA D1 and 2 NAIA prior to that). Across the river, the Soo Greyhounds of the OHL were once home to Wayne Gretzky, and seemingly countless other NHL alums have come from there.

The initial thought was for us to host our night on the same night as Michigan Tech (Rival) on a Tuesday in December. Based on a few different factors, our staff expressed concern, and instead wanted to put focus on a weekend the LSSU Laker hockey team would also be down state. Instead of just rolling with it, the Red Wings talked about some potential challenges we may face (higher price, second-half pricing not released yet with us wanting to announce the date, etc.), and talked through with us how that might affect the night.

Sometimes as sellers, we can be afraid to bring up pain points in fear of losing the sale. What this ultimately did for us at LSSU was it forced us to make sure internally we could pull it off, and gave us the chance to gauge some of our key stakeholders who were also going to help make the night successful. Questions and some positive pressure ended up being a good thing. We also got a response to every e-mail or call within 24 hours, which built trust on our end.

2. Be Transparent and Set Expectations

The next key to success from the night was transparency on both ends, and there were clear expectations set that created mutual accountability. The night included a co-branded Laker/Red Wing hat, and a donation back to our athletics fundraising arm, Laker Club. The Wings laid out how they would promote on their end through marketing (for example, e-mail to anyone in their database with an @LSSU.edu e-mail, paid social pushes leading up to the game). One of the other great things was our contact gave us a heads up that she was going to reach out to other local business/groups in Sault Ste. Marie and would be proactive. During the conversation, it got brought up that the local hospital was one of the largest employers in town, and they ended up doing a dedicated blast out to all employees.

On the LSSU side, we made the commitment to make sure we e-blasted out to our database, got all our social channels involved, including boosted ads, and made the commitment to call some of our key alums. The Wings asked if we felt we could get the group over 200 (our largest prior to this event was closer to 100), and because of the transparency and questions asked we thought the answer was yes. As a seller, you won’t be right 100% of the time, but if you ask the right questions your gut can usually tell you where the group will land, allowing you to manage up and set expectations internally as well.

Even having experience on the team side, I was impressed with moments that were presented to us along the way. The first was we got some of the hats sent to us free of charge. This was a huge bonus for us as it allowed us to promote the night, and we saw a huge amount of buzz once people actually saw the hat. It also allowed us to engage key alums who might not be able to come to the game, but were a part of that hockey heritage that continue to help support the program.

The night of our event, we were presented with a check down by the ice, and were surprised with an autographed jersey that we plan to use at future athletic fundraising events. The impact of being surprised that night scored huge bonus points with our foundation staff.

In game, the check presentation photo was put up on the big screen, and despite the fact that there were probably a ton of other groups there that night, the Wings still made it feel like we were the most important group in the building. We were also able to purchase space in one of the arena bars pre-game to host our attendees.

4. Does Winning Solve Everything?

I can’t stress this enough, but the fact that the Red Wings have one of the worst records in the NHL did not matter at all. Not only did it not matter, but I don’t think it was brought up once in any conversation between us at LSSU and the Wings. For LSSU, the event was all about creating a memorable experience for our alumni and using the night as a tool to help grow our athletic fundraising through some of those relationships. To show how impactful it was, we had one of our NHL alumni and NCAA National Champions fly in from Calgary just for the weekend.

At the end of the day, the group ended up being north of 300 people, and there’s no question we will be back next year regardless of how the Red Wings are playing. Kudos to the Detroit Red Wings and their staff.

Andrew Rubinstein is the Annual Fund and Athletic Development Director at Lake Superior State University overseeing athletic fundraising, Laker hockey box sales, and assisting in managing the student call team. Prior to that, he spent time with the Grand Rapids Griffins, the San Diego Padres, the San Diego Gulls, Tucson Roadrunners, and most recently lead the group sales efforts for the Lehigh Valley Phantoms. He's a great resource to both current and aspiring sport sales professionals and is always open to networking and helping when he can. You can connect with Andrew on LinkedIn here.