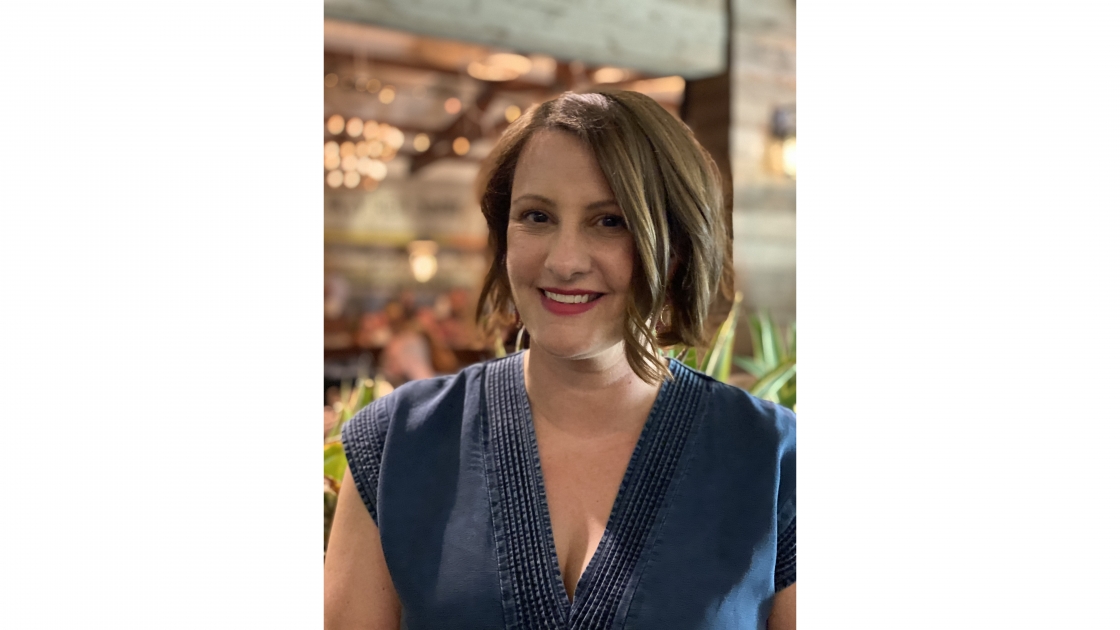 Looking back at my career path thus far in the sports industry, you would likely see two patterns, I often took the road less traveled (or what some would say the harder route) and I pushed for my career to adapt to my changing personal life. Through the ladder, I have been able to successfully show that you can have a family, and even be a single parent, all while staying connected to the pulse of the industry.

As a young girl, I was surrounded by sports. I was encouraged to play as many of them as possible, and almost daily, sports were on tv at our house. From basketball, baseball, football, golf, hockey, gymnastics and track, to swimming, or volleyball, it did not matter the sport. This immersion in sports led to a passion, and it fueled my desire to continue being around it as I graduated college and pursued a career.

Your path doesn’t have to mirror anyone else’s, it can and should be unique to you.

After spending 4 years at the University of Arizona (Bear DOWN!) I applied for several jobs in sports. For two of them, one a group sales executive role, and another a game operations role (both with NBA teams), I was a finalist. Sadly, someone else with more experience got each role, leaving me discouraged about my future in the industry. Needing to find a job, I went back to what I knew, and that was retail. I spent a year working in the corporate offices of a major retailer in my hometown and learned the basics of business.

My break into the industry came following a training and internship with Game Face Inc. and it moved me from the west coast to Pittsburgh, PA where I joined the Pittsburgh Pirates. In Pittsburgh I was one of very few females in the ticket sales department and additionally one of the only two not from the city.

While those challenges could have stopped me in my tracks and hindered my success, I used them to my advantage. My naivety of the traditional baseball buying neighborhoods or segments of the region led me to selling tickets in places and to people that most sales reps would not consider. This proved to be a successful strategy for me, and I earned two promotions in my short 2 ½ years there. They say do not judge a book by its cover and that can also go for the prospects you are trying to sell. The less you pre-judge a prospect, the more opportunities you will have to make a sale.

I felt the need to continue to grow outside of the organization, so I made a jump to Atlanta to join the Hawks and Thrashers. At the same time, I was interviewing for the Group Sales Manager role in Atlanta, I was also considering an account executive role with a different organization on the west coast, to be closer to my family. It would have been much easier to take the AE role out west as it was closer to home. It was a red-hot team with an All-Star game on the horizon and the role initially presented greater earning potential. However, I was focused on the long term and the people who I would ultimately learn from.

There are opportunities in this industry to have the career and the family life you want but sometimes it means creating (or fighting) for a role, or looking on the edge of the industry.

My time in Atlanta was split between sales and marketing. After much success on the Group Sales side of the business in my first five years I made a case for a role on the marketing team to increase communication and understanding between sales and marketing. This shift also coincided with the NHL’s Atlanta Thrashers being sold, an NBA lockout, and the arrival of my first child.

I spent a little over four years as the Director of Marketing for the Hawks. I led initiatives from ticket sales, advertising, email marketing, fan experiences, youth basketball and school programs. The results-driven salesperson in me introduced new targets for email, social and digital marketing that took our ROI on those spends to new heights. During this time, my family continued to expand, and I welcomed boy/girl twins towards the beginning of the 2013-2014 season. Now as a young mom of 3 I was put to the test with making my time in the office super-efficient, but I was stretched thin and felt like I was missing valuable time with my children. So, I looked for an opportunity to be able to have both a career in the sports world and be the mom I always wanted to be. 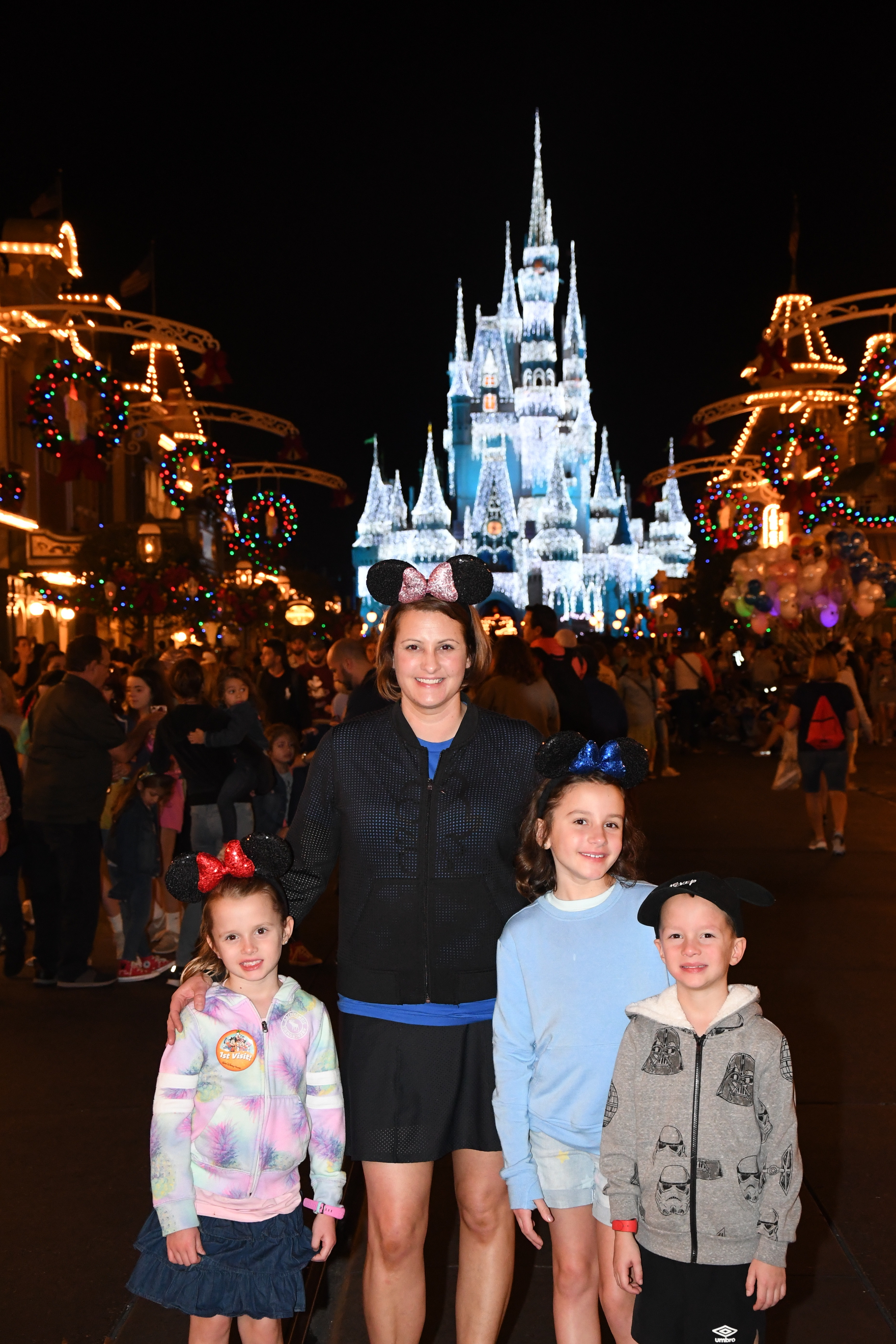 Denise and her kids

In October 2015 after 9 ½ years I made the tough decision to leave the Atlanta Hawks organization as my family moved north. After a short time as a stay at home mom, I found myself getting connected to Spinzo and I started there in May of 2016. Now four plus years into my time at Spinzo I can work from home, be available for my children and still have a major impact on the industry I love. I have been instrumental in the growth of the Spinzo platform and business thus far and there is so much more to come. This chapter of my career has required more sacrifice and mental sweat than any other.

Your path doesn’t have to mirror anyone else’s, it can and should be unique to you. There are opportunities in this industry to have the career and the family life you want but sometimes it means creating/fighting for a role, or looking on the edge of the industry.

There are a couple of key lessons I have learned in my career that are important to share:

1. Never prejudge an opportunity, prospects or people. This will only limit you and your potential.

2. Be your own advocate and find the best fit for you to learn and grow. Yes, there may be opportunities with more money or flashier titles but at the end of the day growing your skills and learning from great people are more important.

3. Enjoy the ride and each experience you have in this industry. We are lucky to work in such dynamic environments, take time to stop and remember that.

Denise Sicheneder is the VP of Sales and Service at Spinzo. A graduate of the University of Arizona she's been in the sports business for 17+ years. She's had career stints with the Pittsburgh Pirates and the Atlanta Hawks and Thrashers prior to landing her job at Spinzo. She's also worked in both Marketing and Ticket sales roles and she's been on both the sports team and vendor side of the industry. Very few people can say that. She's a great leader and a very genuine person and she has a passion to help others. She's also a mentor in theClubhouse and you can schedule a call with her here.