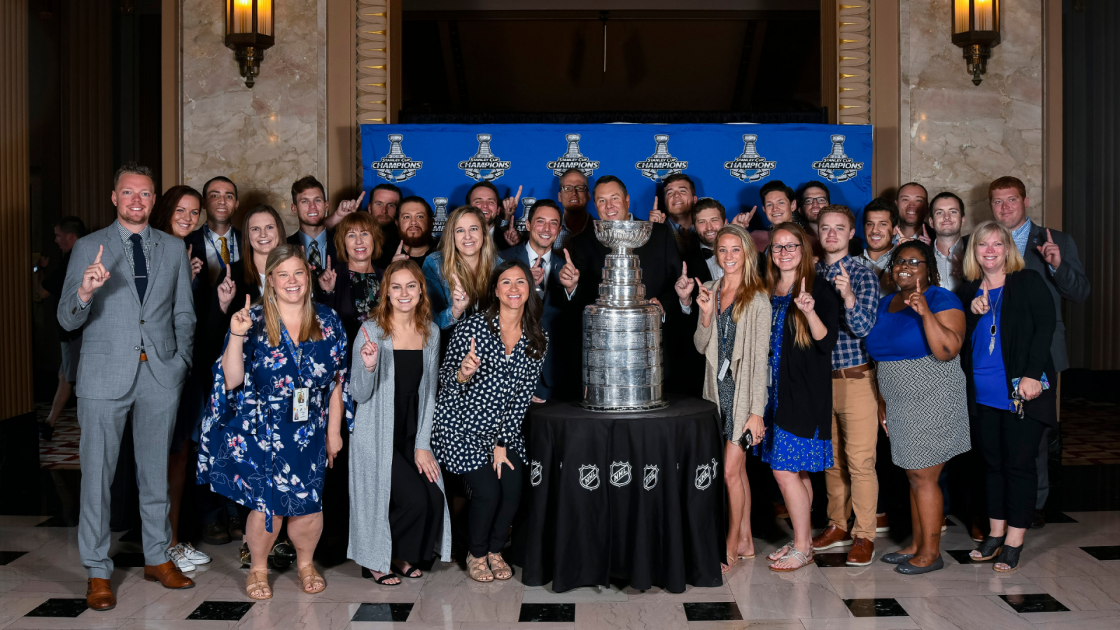 Why urgency matters in sport sales and how to create it

Think about a recent advertisement you have seen on TV or on the radio, the ad may tell you to act now, time is running out, or supplies are limited.

But what if you wait too long or miss that sale on that car or new appliance? Chances are there will be another sale soon after or around the next major holiday and you will have another chance to purchase that blue sportscar or new refrigerator that you've always wanted. You might have to pay a little more if the previous sale was that much better, but you are still able to get exactly what you were looking for.

In the sports industry, and especially with ticket sales and hospitality, there isn’t always a second chance for the customer to purchase exactly what they want. Once someone buys those last two, front row, on the glass hockey season tickets, they’re gone. Here are some tips on how you can create urgency in sports.

One of the simplest ways of creating urgency is by setting deadlines. Deadlines will typically be followed with either a price increase or end of a promotional offer. From my career there are two examples that stick out to me around creating urgency with deadlines. The first one was when I was a Ticket Sales and Service Intern with the Tampa Bay Rays in 2011. If you purchased tickets prior to the day of the game, it would save you money. Knowing that ticket prices would increase through the box office, the plan was built to have more fans purchase sooner. If they chose not to, not only would the seat options become worse, but they would also have to pay more the longer they waited. Not good!

In my experience, the customer will appreciate your urgency when it helps them get the experience they are looking for.

Next when I was a Direct Sales and Service Rep with the St. Louis Cardinals, we had a sales contest taking place, and as an extra incentive to close sales, we had the ability to throw in two extra tickets for an upcoming game against the Dodgers. There was one guy who took full advantage of this incentive and made it clear that there was the extra ticket bonus if they bought that day. Want to know who won the contest?! The person who used the Dodger tickets to create urgency and close deals. We still bring up those Dodgers tickets whenever a group of us gets together. He was the best at emphasizing the promotion, and in turn… he won the contest.

As I moved to the St. Louis Blues and became a more seasoned seller, I continued to learn the importance of urgency and how to best create it to close deals. One of the biggest differences between working in baseball and working in hockey is the difference in stadium capacity and the number of games (roughly half of both). These two things alone showed me right away how quickly seats can be sold in a smaller arena, compared to a large stadium.

To me, the best way to create urgency in the sales process is to be upfront. I have always tried to emphasize that we have 20 other reps selling at the same time and I couldn’t guarantee the seats or even that game would be available if the customer waited. In addition, I also let them know that I was talking to multiple people about these same seats. Whether it was a block of group tickets to the biggest game of the season, a center ice suite or aisle seats on the attack twice side, you know as hard as you are trying to make that sale, the rest of the sales reps are doing the same.

When I was selling as a premium rep with the Blues, the day suites went on sale, I knew I would be calling all my best clients, letting them know we were now on sale. I knew my coworkers were calling their top clients as well. We needed to move quickly if we wanted to get them. Urgency wins.

Keep in mind, every moment wasted, another seat gets sold that only moves the fan closer to the ceiling and further away from the aisle.

Urgency was especially true with Blues tickets going into the 2019-20 season after winning the Stanley Cup. We had sold the most season tickets in team history and were extremely limited on all ticketing options. The demand was so high that for the Blues we had a season ticket wait-list for the first time ever.

While the deposit to join the list was small, and the date seats would open up was unknown, we created urgency by stressing that the longer a fan waited to place a deposit, anyone who placed one before them would have access to choose seats before they did. This also transitioned into group sales. Our sales reps reached out to all of our previous group buyers when tickets went on sale and explained that tickets would be difficult to come by and that if they were looking to bring a group out again, the group leader would need to place a deposit earlier than they ever had before. Many group leaders understood how limited the tickets would be and began their process sooner. Unfortunately, there were accounts that chose to wait and had to select a less desirable game or they missed out entirely.

I understand that every sport, league, and team is in a different situation. They’re not always coming off a championship run, but nonetheless you should always be able to create urgency.

One of the best ways to create urgency is to accentuate the fear of missing out, or as it is better known these days, FOMO. People in general hate feeling like they missed out on something. For me as a sales rep this was a great tool and would continually evolve as I went through the sales cycle. In the offseason, before the season got started, I pointed out the fear of missing out on X seats before Opening Night and the promise and hope of a new season. Then after the season got going, I’d change my pitch to “I know you have already missed out on the first couple weeks and I would hate for you to miss out on any more games.” Or if you happen to have a successful team, you can let them know about access to playoff tickets and how by purchasing now, they can guarantee access. "You don’t want to miss out when we’re raising another Stanley Cup, do you?!?"

In conclusion, in our industry, urgency is more important than any other industry. There are only so many games and so many seats in a stadium. I think generally people know that, but it is up to us in sales to really highlight how important it really is. In my experience, the customer will appreciate your urgency when it helps them get the experience they are looking for. Keep in mind, every moment wasted, another seat gets sold that only moves the fan closer to the ceiling and further away from the aisle.

Kyle Waymon is currently the Senior Manager of Ticket Sales with the St. Louis Blues. He oversees the account executive team as well as the inside sales program. Kyle started with the Blues in 2013 as a Group Sales Executive before getting promoted to a Premium Sales Rep in 2016, and then eventually to his current role. Prior to the Blues, Kyle worked as a Sales and Service Intern with the Tampa Bay Rays in 2011 and Direct Sales and Service Rep for the St. Louis Cardinals in 2012. Kyle is also a mentor in theClubhouse and you can schedule a call with him here.